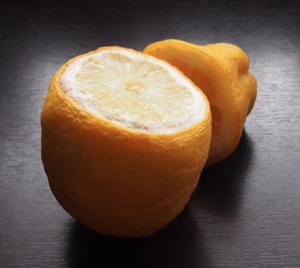 So I think 2023 is going to be a very interesting year as far as AI is concerned. In one corner you have OpenAI with ChatGPT and a 10 Billion dollar investment from Microsoft. In the other corner you have google with LaMDA. Which will prevail is going to be very interesting. Although at the present time it looks as though Microsoft, if they don’t mess it up may be able to overtake google in the search field if they get this right (They are close to integrating their products with ChatGPT and they also own a big hunk of the OpenAI company).

Google on the other had may have a different problem in that Lambda may be to advanced already – they may have they created something that might be difficult to monetise.

I’ve been thinking more about the emergence of sentience, and conciseness.
There has been a lot of arguing about what and if a sentient being could be developed/ evolved in a computational environment. I’ve touched on the concept of the Chinese room in the past. But there are 2 things I find interesting.

That AI is based on similar structures to the human brain,  it can learn (although as far as we know it can only do repetitive things well, we are not sure about the process of it evolving … yet!).

But think about the process of learning, or perhaps the process of growing up as a child. Becoming a human, in some ways we our selves start as and get  past the state of the “Chinese room”.

Think of a child and how it learns. It all starts with people and basic communication – words like NO, MUMMA, DADDA, etc. In the beginning the child does not understand, and in fact just answers in a manner that it thinks may be correct – it starts by making noise and imitation but in time (and with feedback) that understanding grows. 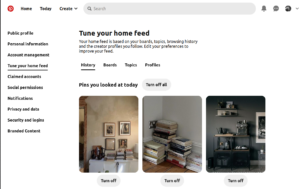 Algorithms… are in a nutshell sets of rules. Effectively they can be boiled down into lines of code. But they are also the stuff that the corporate machines of social media use to spew information at you.

I’m often stunned by the ugliness of Facebook and YouTube. You click on one BS link and before you know it, your hounded by gun rights, dysfunctional US shock jocks, and adult continence products.

Is this about advertising? Is this about politics? Is this about you? The social media companies don’t want you to know what they are doing, It’s all secrete in confidence data. The Facebook–Cambridge Analytica data scandal was one example of online social manipulation (that we know of).

But those streams of data are the by-product of a relational database and the aforementioned algorithms, that as a rule, the user has very little control or no ability to navigate, let alone curate.

Although I have found one exception, it is the online visual bookmarking tool Pinterest.

I found that I could be surrounded with a visual gentle beauty that is somehow rather comforting. For me, It’s a world of pussycats, French apartments, Computer ephemera, people I find interesting, book shops, cheese, wine, etc.

It’s one of the few online examples of something that the user has some control over. It helps me to explore the net and topics I’m interested in and although I do get some advertising – it’s not gut-wrenchingly intrusive.

It’s a great tool to create Pinboards / Mood boards – or just as a visual research tool. 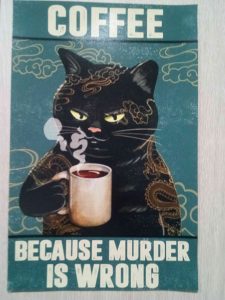 Stay safe in the interweb people! 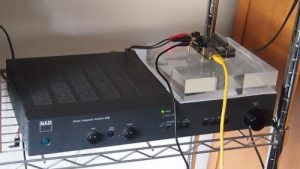 So I’ve had this Raspberry pi habit for a number of years now. For those of you who don’t know, a raspberry pi is a very useful little computer that can be used for projects and learning. At the time of writing (oct 2022) they have sold over 40 million pi and have been in production for about 10 years.

They have over time updated the computer – at first it was single core, now evolved to a quad core, improved ethernet and usb specifications. I don’t yet have a raspberry pi 4 (the most recent version) but people say it can just about do as a replacement desktop / laptop computer.

In short it’s a heck of a lot of computing power for very little outlay (although at the time of writing they are in short supply and the price has gone up a bit). A couple have even been sent up into space and reside at the iss.

People do all sorts of things with their pi  and the web site that you’re probably reading this from has been hosted from a Raspberry pi for over  4 years. It’s incredibly low cost hosting (it works for the machine less than $10 per year) I use Debian as the operating system and it runs a full LAMP stack. It has never locked up due to load (although admittedly I don’t get a monolithic amount of traffic) but it serves well and protects things and currently has over 1400 items in it’s firewall and hums along just fine.

I’ve wanted a media player for a while now and considering I have a spare pi I created this! 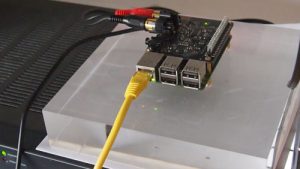 It’s a Raspberry pi with a DAC hat (Digital Audio Converter) mounted on a hunk of perspex that was given to me about 10 years ago. The default sound output from the PI is not great (although functional) so I spent about $40 to purchase the iqaudio DAC and the difference in quality of sound is amazing especially at low volume (which is great because I live in a unit and I hate people that sodcast).

Mounting was a bit of a debacle – I wanted brass feet (who doesn’t like a bit of brass bling) and  in the end just used super glue to hold the device on to the perspex (thanks to this product being open source I could get a template that made placement and positioning fairly straight forward).

The next step is what to do with regards software. The problem is there is so much to try! I’m using cli based access, vnc access, stand alone apps and also looked at total media centre based installs – because the PI runs form cheap micro SD cards it’s not that difficult to build a complete re image of the machine and move data about.

In short, if you want an affordable way to learn about computers and build your own stuff you can’t go wrong with a Raspberry Pi!